What is the first thing you think of that benefits you the most when playing Danger Zone in Counter-Strike: Global Offensive? Is it the spawn location, weapon choices or a tens of other choices you can make? We’re going to go through all this and guide you on the best ways you can win in Danger Zone.

Making good decisions is the best way you can get an advantage over the other players.

Selecting a Spawn on the Map

Starting up it’s the first thing we all experience, selecting a starting location. Contrary to popular belief I’ve found that most people stick to the edge of the map instead of heading towards the middle. If you don’t believe me next time you start a game, hide in a corner and watch the locations that players go to on your tablet. Notice that those who started on the corners of the map stay there until their forced to move. 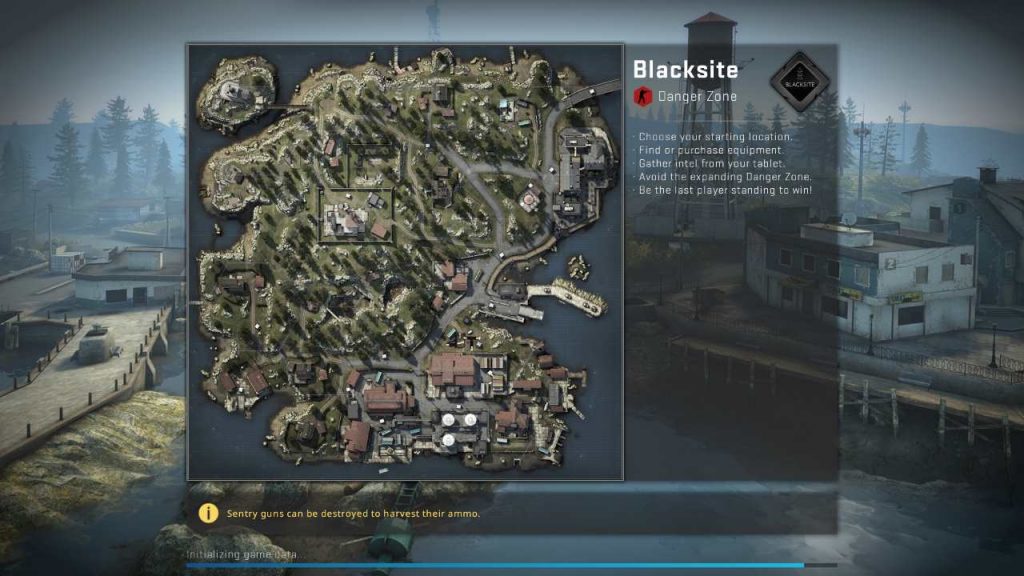 Taking this into consideration you want to select a place on the map which you are able to get a lot of loot and have a good idea of the general area. It’s best to pick at least 3 spots that you’d like to spawn at incase someone has already picked the one you originally wanted to go to.

Things to note the location of are:

The best method to get the spot you’d like to spawn is simply to just click as fast as you can at that location as soon as the map appears on your screen. People are less likely to spawn near someone but understand that picking first means there is a chance that people may be near you. Luckily for you, you’ll know if they are or not because of the map and tablet.

If you’re playing a duo or trio match you need to make sure you select a location that has enough loot for all of you.

When you spawn from the helicopter you have some choice in where you want to land. Hitting your movement keys will allow you to swing yourself in that direction but don’t do it too soon as you’ll be pushed back in the opposite direction before hitting the group. You can use this to your advantage by swinging closer to item spawns or for getting on top of roofs or balconies. 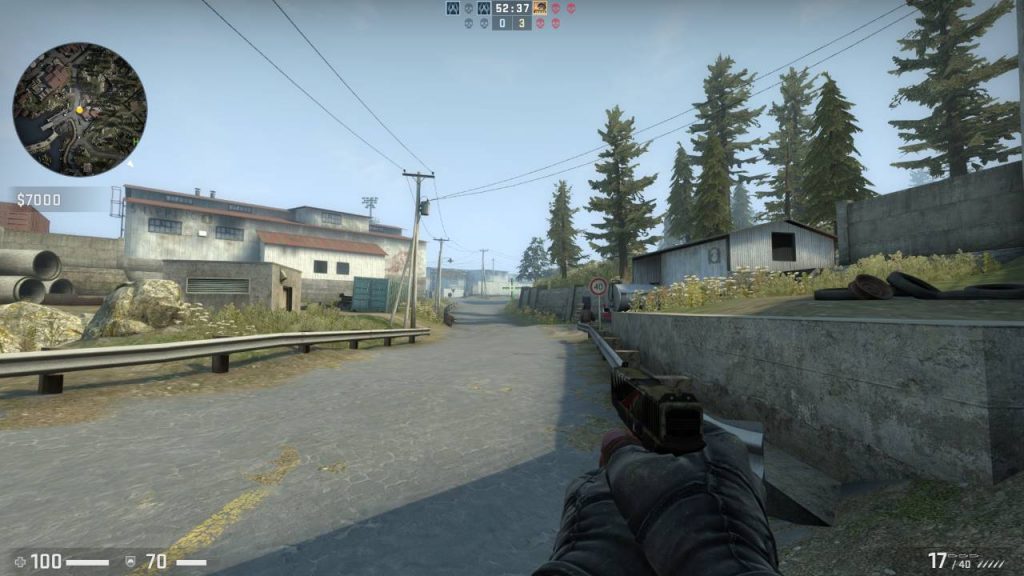 If you want to cover a great distance start swinging very early. You’ll swing in the direction you want, then backward but then once again forwards further that. The most times you’re able to swing forward is 3.

Getting Weapons and loot

Once you hit the ground you’ll want to get any weapon that you can get your hands on quickest. It’s best to prioritize getting a pistol or braking a small red box which contains pistols with your fists.

Pistols found in these boxes include:

Getting a weapon will allow you to break open the red SMG boxes gaining better weapons. One thing to note that no damage is done if you throw a melee weapon at it.

SMG’s found in red boxes include:

If you see body armor or a helmet along the way pick them up as you need them for your survival. Drastically reducing any damage you take throughout the game. One thing people tend to forget is that you’re able to purchase one from the shop on your tablet for only $500. It comes to you in a blue box that you’ll need to hit or shoot it to get both armors.

Some great information to keep in mind is that parachutes are found in high places which would need a parachute if you were to jump off. It deploys by itself after reaching the maximum fall speed. But if you jump offa building and don’t hit the maximum speed you’ll ahve to hit your jump key (Default: Spacebar) to use it. 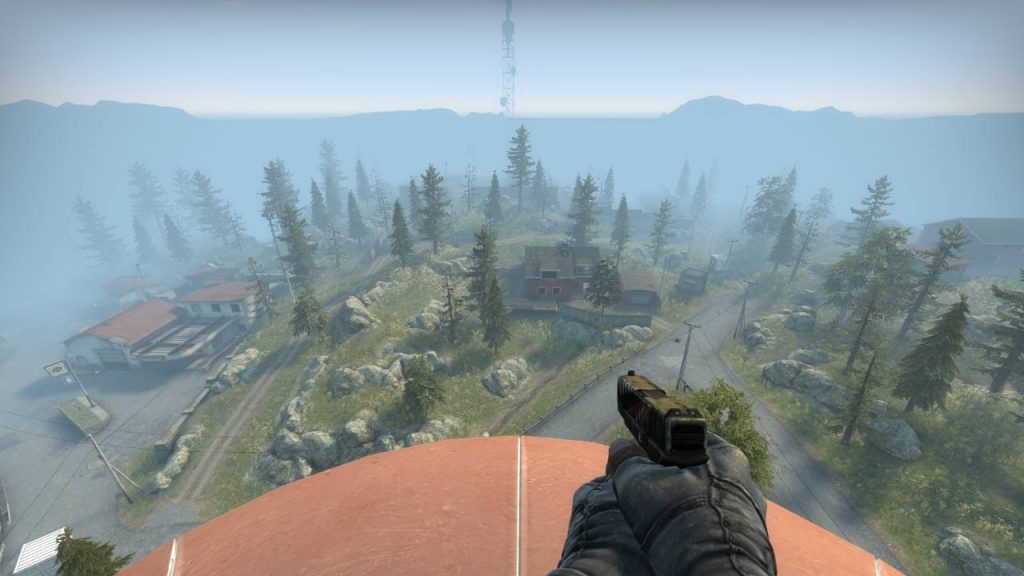 Satchel charges can be disarmed by pressing your action button on them (Default: E). They will attach to anything if you throw them including other players. They are also great if the enemy is hiding on the other side of the wall or about to enter the building you are in. Watch out though they may hear a beeping soundas it’s thrown.

Medi-shots can heal you 50 health, that being 10 health every second for 5 seconds. You can get these from the another players dead body or the shop. You can hold a total of 2 medi-shots at any time.

Extra information you will need to know: If you want to de-arm someone you can right click with your fists out and it’ll knock their weapon out of their hand. You can also drop grenades unlike in competitive play.

Your tablet has 2 massive features that you can’t overlook while playig Danger Zone. These are the shopping which lets you buy weapons through your tablet and the intel map.

Multiple hexagons cover the map and one will light up yellow if there is a minimum of one player including you. The yellow hexagon will be removed once you change hexagons unless there is still another player in the previous one you just left.

Missiles will be shot during the cam blocking out part of the map rendering it unplayable. Players within these location will take damage over time until they die.

The Shop and Money

First you will need to get some money. Money can be found all over the map by itself, in bags, in safes and from other players dead bodies. If you complete one of the two missions that you can find in the game you’ll recieve a bonus $500.

Killing a player is a fast way to earn cash if you’re a decent shot. Players can pick up between $200 and $1,000 per kill off the ground of the dead enemy player. The amount you recieve is depended on how long the game has gone on for.

Exploring other hexagons gives the player $100 for each new hexagon a player explores. You’ll also get bonus money throughout the game for staying alive at the launch of every missile.

Buying weapons can be done with your tablet. A drone will fly over you and drop it above your head as long as you’re standing still. Because of this, you’ll need to make sure there is nothing above your head blocking the item or box reaching you.

Watching a drone gives you a good idea of where a person is, especially when you unlock the ability to see them on your tablet map. If you drop your table while a drone is deliverying something to you, it’ll deliver it to the tablet instead. This is useful if you want to fool the enemy near the end of the game.

You will also find Auto Turrets around the map which shoot at you if their red laser is touching your body or another moving target. These can be advoided very easily as they are slow to aim and give you a warning sound when you’re in sight. 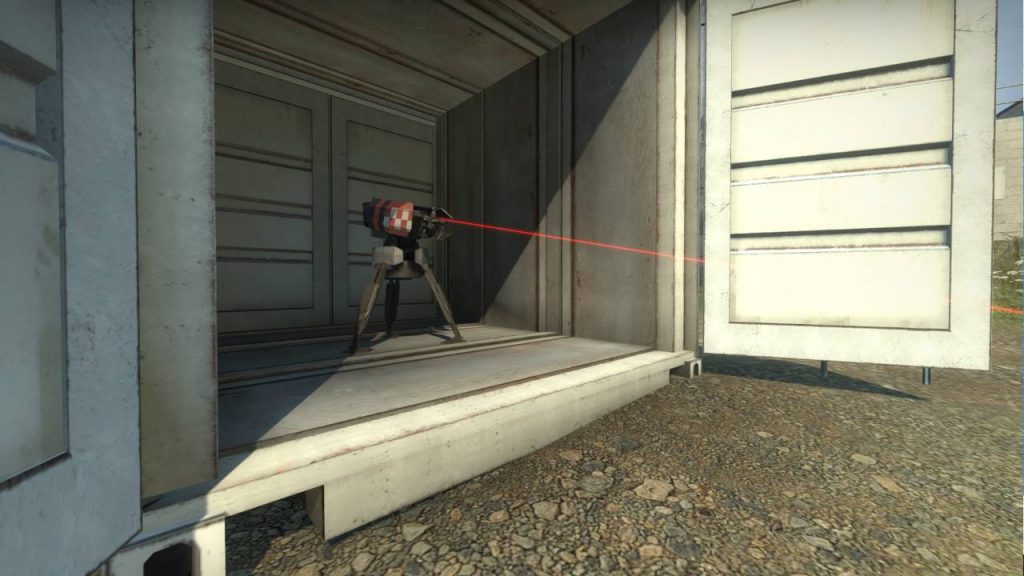 The other moving target that it will shoot at is other players as well thrown weapons and grenades. The most effective being the decoy grenade, besides having an obvious name it provides false gun and footstep sounds. This is different then the decoy grenages in competitive matches.

To destroy a turret you just need to do enough damage to it. Every time you damage a turret you’ll see it’s health bar go down until it’s destroyed. Ususally their protecting an ammo crate so make sure you check as they might have just what you need.

There are two missions inside of Danger Zone each rewarding $500 for their completeion. The first is a hostage rescue where you take the hostage to a rescue zone on the map just like in hostage maps.

The rescue zone can be found on the side of the map in a certain location provided for you. As you head towards the location you’ll occasionally recieve a $50 bonus. To complete the mission you need to pick up a hostage and carry him on your back all the way to the hostage zone.

If you come across the second mission you’ll recieve a high value target. Killing the target earns you the $500 cash reward who will have their hexagon marked on your tablet’s map.

Playing with teammates in Duo and Trio

Playing with multiple people can make the matches more intense. Not only do you need to worry about loot for yourself but also your team mates.

A helpful strategy and one to look out for is loading a team mate up with satchel charges. Once they die and a player goes in to loot their body you blow the satchels up killing the enemy in the proccess.

If the last players are kill be a C4 bomb the furthest player from the C4 wins the match.

That’s all you need to know about Danger Zone. Why not check out how to play Danger Zone Offline which lets you run around and explore the map for yourself.