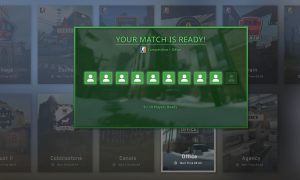 Quite a lot of players only queue for one map at a time. Some never stray away from the  most popular map in the game Dust 2. These people pick these maps because the familiarity of the map makes them more confident in their ability to play even though a lot of the other players only play that same map. You may be good but the other person may just be better than you as with these popular solo maps there is only a limited about of strategies that are played for each team.

Another reason people only select one map like dust 2 is because they believe that it is the most balanced map. This is a fair argument however not a very good one as long as a map sits on average with a minimum of 5 wins per team. This ensures you get a fair chance at winning the game on both sides. Practicing your smokes offline on the only map you play can also give you that little bit of an advantage when you go back online.

Keeping to the classics

There are a lot of people who stick to just Dust 2, Nuke, Mirage and now Cache. These selection of maps have changed over time with updates to older maps the classics keep changing as Inferno use to always be played along side these. Having just the classic maps ensures you’ll get into a game quickly with no long queue times even as a solo player. You’ll also know the strategies in the current map pool you play quite well so you’ll be a bit more comfortable playing.

Different environments make the game more enjoyable and keeps things fresh. Some people stick on every map and play a range of different scenario from Office to Cache and then back to Nuke. Playing on a variety of maps also gives the player more awareness of their surroundings in game, sounds to listen out for and more game sense in general. You’ll be playing with people who also play every map so although there may be teams who just play the odd map and are professionals at it, you won’t run into them often if you do at all. It always being me enjoyment when I’m playing Office with new people who never tried it before and loved it because it’s just something new to them.

By far the best combination of maps to select are the ones your enjoy playing the most. No matter how you play if you enjoy the map you’ll be playing better and feel like your time isn’t be wasted if you’re being absolutely destroyed because you’ll be having fun. In my opinion this is the one most people should be selecting as it has the most benefits of them all no matter how many people you play with.